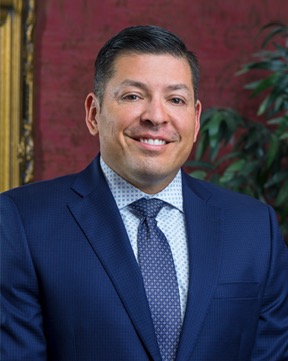 Mario Arteaga is an Associate Attorney at the Palazzo Law Firm. His family is originally from Guatemala and he speaks fluent Spanish. Although Mario was born in Miami, Florida, he is a lifelong resident of the New Orleans area and graduated from Archbishop Shaw High School in 1989. After graduating high school, Mario enlisted in the Marine Corps at the age of 17 and did his boot camp training at the Marine Corps Recruit Depot located in San Diego, California.

Upon completing boot camp and Marine Combat training, Mario enrolled at Louisiana State University in Baton Rouge, Louisiana. However, before completing his first year, Mario’s Marine Corps Reserve Unit, 3rd Battalion, 23rd Marines, was activated for Operation Desert Shield/Storm where he spent 7 months deployed with an active duty unit. Mario subsequently completed his term of enlistment in 1997 and received an honorable discharge as a Staff Sergeant. 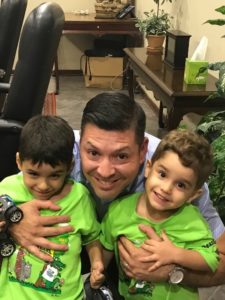 After returning home from Operation Desert Storm, Mario received a Bachelor of Science degree in Microbiology from L.S.U. and began working as a Microbiologist for the New Orleans Sewerage and Water Board. After a few years, Mario began employment with a chemical company as a lab technician wherein he received his Master’s Degree in Environmental Sciences from the Tulane School of Public Health. Shortly thereafter, he began employment, first as a safety consultant for a small company and then as a safety representative for a major oil and gas company. While working full-time, he attended Loyola University New Orleans Law School’s evening program and graduated with both common and civil law certificates.

After being admitted to the practice of law in 2008, Mario began employment as a prosecutor at the Orleans District Attorney’s Office where he gained valuable trial experience. He followed that by working as an assistant parish attorney for six years for the Plaquemines Parish Government under the Honorable William “Billy” Nungesser and working part-time for the Palazzo Law Firm. 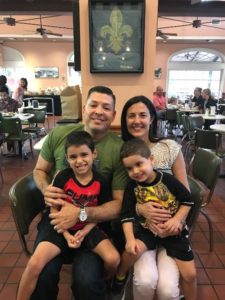 In January 2015, Mario began his journey as a full-time plaintiff attorney focusing on personal injury resulting from motor vehicle accidents and premises liability. He realized that his compassion and desire to help people would be better served by helping those who were injured and were unable to represent themselves against insurance companies. He also handles criminal defense matters and real estate closings.

In April 2015, Mario graduated top of his Gretna Police Academy Class and is currently a reserve deputy with the Plaquemines Parish Sheriff’s Office. The skills he learned at the academy and as a reserve deputy allow him to review police actions from a different perspective to ensure that all of his clients were treated properly under the law. 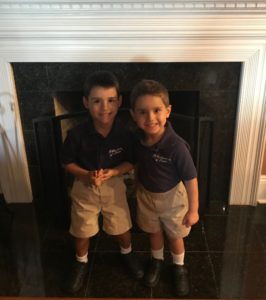 Here at the Palazzo Law Firm, he practices in a family environment which allows him to approach every case on a more personable level. He treats every client with care and affection as if they were a family member. Every one of his clients can personally contact him on his cell phone with any concerns they may have regarding their case.

Mario is married to his wife, Jill, both of whom are parishioners of St. Catherine of Siena located in Metairie, Louisiana.On August 18, 2017, Mario and Jill adopted two little boys, ages 3 and 4, brothers, from Miami, Florida. When he’s not in the office, he can usually be found playing with his sons, weight training or watching LSU Tiger football and Dodgers baseball. He also enjoys watching movies and traveling with his family.

“I take pride knowing my clients can call my cell phone 24/7 with any concerns they may have regarding their case. I treat every one of my clients as if they were a family member.” – Mario A. Arteaga, Jr.

“Jason Markey was my lawyer for my accident. He did a fantastic job! The best thing about him is he genuinely cares about your well being and works very hard to have the best outcome!!!”

“Palazzo Law Firm did an amazing job handling my case. I was defended by Leo Palazzo who went above and beyond in representing me. I highly recommend Palazzo Law Firm to anyone.”

“Thank you Palazzo Law Firm for your help. Everyone so nice and personable. Kelly thanks for always being there for my many questions. Great job!!”

“Thank you Jason Markey for all of hard work and dedication to your clients.”

“The Palazzo Law Firm did an outstanding job handling my case. They are extremely professional, friendly and successful. I highly recommend them to anyone.”

“Leo and his staff care about all of their clients. Always a pleasure to do business with him.”

“Leo exceeded our expectations! He is the most compassionate person! He truly cares about people. For this case and I assume all of his cases, it's about principle.”

“Leo, the owner is a personable guy that has a deep faith in God. He supports his clients and his knowledge of the law is amazing. Jason Markey, our attorney is a go getter that will fight every step...”

“Jason Markey handled my mother’s case at the Palazzo Law Firm. He was very personable, responsive and reassuring. Jason was available to answer my mom’s questions and concerns. He made sure her...”

“Jason and Kelly were wonderful handling my mother's succession. Thank you for your professionalism and compassion during a very difficult time.”

“I have to let everyone know how amazing Leo and Jason were to my husband and I. We were definitely treated as family. Both Leo and Jason act from the heart and their faith in God. DO NOT HESITATE to...”

“Jason Markey represented me for my accident. He exceeded my expectations! He kept me up to date with the claim and was always more than happy to answer whatever questions I had. He is an aggressive...”